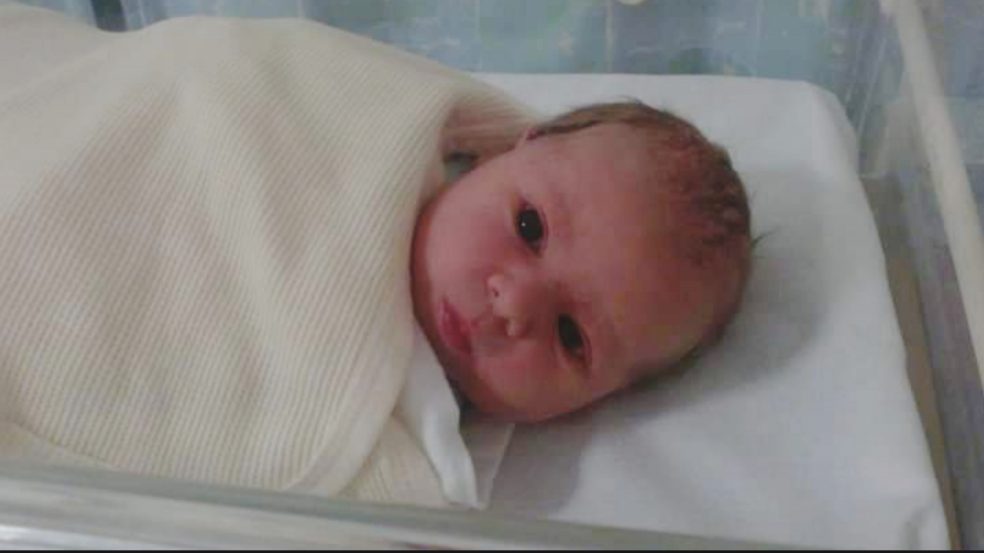 Food aversion and sensory sensitivities have been a huge part of our journey with Luca. I have talked about it briefly on some of my previous blogs, but I hear so many parents saying the same things I used to say and worrying about how little their child eats and their restricted diet that I thought I would share our experiences in the hope it helps. This was quite difficult for me to write as it brought back emotions and feelings from a really hard time in all our lives.

When Luca was born, he was 8lb 1oz and 15 days overdue. Luca had enlarged kidneys while I was pregnant which had mostly corrected itself by the time he was born, but was otherwise very healthy. Luca was bottle fed from birth (Breast feeding wasn’t an option for me) and took 3oz of milk after he was born and it was the most he took in one feed ever again.

Luca just wouldn’t feed, he was obviously hungry and would cry with hunger and actively search for food, mouth open and turning his head to search. Every time the bottle went near his mouth however, he would cry harder. This went on for weeks. I contacted my health visitor, who said, even though Luca was losing weight it was ok! I tried every combination of bottle and teat I could get my hands on, I even ordered them in from USA.

Now I know what you’re thinking, looking back I could actually kick myself for listening to her but I was a new parent and although had lots of experience looking after children I had never been responsible for a new born and wasn’t confident enough in my ability as a mum to disagree with them…and you know…lack of sleep was a major factor.

It got to the point where I was continuously feeding Luca and counting milk intake in millilitres rather than ounces and what little he was having was coming straight back out both ends, violently! – Luca was getting 2-3 mils of milk a day and he was constantly hungry. We didn’t sleep much, just tried to get as much food in to him as possible – it was a 24/7 job.

During this time, I was backwards and forwards to the heath visitor for weigh in every week. They told me to not to bring him to get weighed as much then I might see a better improvement in his weight. I went to my GP again who examined him and said there was nothing wrong and directed me back to HV!

At that point I decided enough was enough. My baby was hungry and tired and constantly had sickness and diarrhoea and always getting ill. I felt the only option I had was to pretty much camp out at A&E for 2 weeks….im not advocating this but I had nowhere else to go. Eventually a paediatrician who was on call that night examined Luca, who was dehydrated (again) and unable to fight off the colds he seemed to be constantly getting. After hearing his history she admitted him to the Great North Children’s hospital…I could have actually kissed her at that point – at last someone was listening and we would get some help!

The nurses on the ward asked if they could try feeding him – it made me think they were blaming me for somehow feeding him wrong but tried really hard not to roll my eyes when they looked at me surprised and said “he won’t take it!”

We were then seen by a specialist who wanted to see if Luca had a problem with swallowing but that was also ruled out. Eventually the consultant came around and told us that if Luca didn’t start to feed soon that they would have to tube feed him as his weight had dropped too much. I have never cried so much in my life! I felt like an absolute failure. What kind of mother can’t even feed their own child enough to keep them alive!?

At this point Luca was 5 months old and with the help of the dietician we decided to wean him early in an attempt to get some food and fluid in to him. After a trip to the hospital shop and a jar of baby yogurt later we attempted solid food.  Luca didn’t trust anything near his mouth at that point and it took about 20 mins of looking at the spoon like it was an atomic missile before he opened his mouth and ate it!  – clearly it wasn’t a massive mouthful and he looked like he had eaten the most disgusting thing in the world (still does when he tries food with any kind of texture) but he ate it!

He took 3 spoonful’s altogether and the dietician came up with a feeding plan around solid foods and early weening which meant no tubes! Luca was also prescribed a high calorie milk to use in bottles and/or to add to his foods in increase his calorie intake.

Weening went pretty well. We would add his milk to everything he ate and he even drank some from a Sippy cup now and then. it was going well…. for 3 weeks then diarrhoea and sickness started again. He wasn’t in any pain and at one point I was putting food in one end and it was coming straight back out the other! – Luca also developed a really bad wheezy chest and cough; he would get this after eating that would get really bad at night.

I went to the GP (In hindsight I should’ve known better after the last time) and he said it was asthma and gave us an inhaler with a balloon looking thing to put over Luca’s mouth while puffing the inhaler in to the other end. My heart goes out to all parents going through this everyday because it was awful – he hated it.

After a day or so it clearly wasn’t making any difference so went back and asked for a referral back to hospital. The consultant we saw decided that Luca could have cystic fibrosis and gave him an x-ray and a sweat test. Thankfully tests came back clear

We were kind of back to square one where he wasn’t gaining weight anymore due to the sickness and diarrhoea as well as the constant wheeze on his chest. The dietician suspected a milk allergy and prescribed an alternate milk. It was a weird kind of thing that can me made up as a yogurt type food but she did warn us that it tasted awful and most kids that are older than new born don’t take to it. He didn’t.

We went with soya milk after and changed Luca’s diet. We added soya cream in to everything he ate to up the calories and things were back to being great again……for 6 weeks.

The sickness and diarrhoea started again. We went straight back to dietician who said that often if a child has a milk or dairy allergy they will also develop a problem with soya….We were running out of food options here – have you ever looked at the ingredients on your food containers? Everything has soya or dairy in it!

The dietician recommended oat-based products so off to the handful of shops we could find that actually stocked any, and came back with oat milk, oat cream to add calories, and we even found yogurt made from pea protein – they weren’t as bad as they sound and Luca really liked them!

Don’t worry – he’s not allergic to oats. The new diet was working and he was eating and drinking and… GAINING WEIGHT!

After 6 months of the new diet we took Luca for his routine weighing appointment at the hospital and the dietician was so happy when she eventually announced that Luca was officially no longer classed as underweight!

Next obstacle…….textures! once we had a feeding routine and foods he would eat, we wanted to  move Luca on from first stage baby foods – he was about 18 months by this point. I regretted that decision as soon as I’d given him the first spoonful when it was spat back out immediately followed by everything else he had eaten that day. As soon as the food touched his tongue he gagged and vomited. I kid you not, I spent the next 12 months adding a baby spoon sized amount of second stage food in to his first stage food every week until he was able to cope with second stage textures.

This went on until Luca was about 3, I remember thinking that he would never eat normal food and we would be buying baby food for him when was 18! The dietician assured me that she had never known a child start school on baby food and it would be fine – I absolutely didn’t believe her and was convinced Luca would be the first!

Eventually we managed to build up Luca’s tolerance to food textures and although it is a very slow and ongoing process, he now has a limited but much better diet than he’s ever had. He struggles with textures and with self-feeding (messy or sloppy stuff like spaghetti) and we still get started at for feeding a big 9-year-old boy but he’s happy, healthy and his tummy is full and that is all we care about!

There is so much more awareness of not just autism, but sensory sensitivities and food allergies/intolerances/aversions in babies and children then there was just 9 years ago and the support we needed just wasn’t available. There are lots of support group online and charities that can offer advice and professionals that have a good understanding but there definitely needs to be more help on offer, especially when it comes to health visitors and GP’s

This website uses cookies to improve your experience while you navigate through the website. Out of these cookies, the cookies that are categorized as necessary are stored on your browser as they are essential for the working of basic functionalities of the website. We also use third-party cookies that help us analyze and understand how you use this website. These cookies will be stored in your browser only with your consent. You also have the option to opt-out of these cookies. But opting out of some of these cookies may have an effect on your browsing experience.
Necessary Always Enabled
Necessary cookies are absolutely essential for the website to function properly. This category only includes cookies that ensures basic functionalities and security features of the website. These cookies do not store any personal information.
Non-necessary
Any cookies that may not be particularly necessary for the website to function and is used specifically to collect user personal data via analytics, ads, other embedded contents are termed as non-necessary cookies. It is mandatory to procure user consent prior to running these cookies on your website.
SAVE & ACCEPT
0